Dhawan and Kohli have taken the attack after Rohit's fall.

Virat Kohli and Shikhar Dhawan have taken the attack after India lost their first wicket in their chase of 293 in the first One-Day International (ODI) against New Zealand. At the end of 10 overs, India are 43 for one

After Rohit Sharma’s dismissal, Kohli walked out to the centre and he announced his arrival by cover-driving Mitchell McClenaghan for a four. Dhawan too got a boundary by pulling one through the off-side. Later, Dhawan too essayed a magnificent cover-drive off Tim Southee which sped away to the boundary.

He then pulled a short one, but Corey Anderson couldn’t get to it, although he jumped high to get a hand to it.

Adam Milne was introduced in the 10th over and his first ball went to the boundary off Dhawan’s bat courtesy the pace. 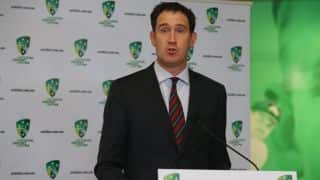 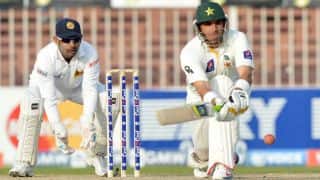