New Zealand have fought back after early losses.

New Zealand have recovered very well on Day One of their first Test against India at Eden Park, Auckland. Earlier in the day, India had reduced New Zealand to 30 for three in the morning session as the bowlers used the conditions well. New Zealand are 110 for three after 34 overs.

There was early movement, but things have changed now as the sun has come out and it isn’t overcast anymore. Both batsmen, Kane Williamson and Brendon McCullum have looked comfortable now. In fact, Williamson has been in good touch and has carried on from where he left off during the One-Day International (ODI) series.

India also let go a chance as Williamson had edged once, but it was dropped by Murali Vijay at first slip. 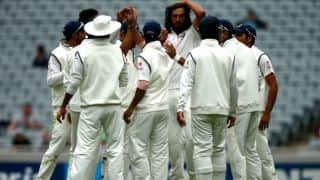 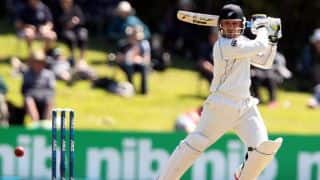