Taylor survives close stumping call as spinners get purchase from the wicket.

New Zealand are 153 for two after 30 overs in the second One-Day International against India at Hamilton. Ross Taylor is batting on 18 and Kane Williamson is on 68.

Taylor survived a close stumping call against him in the 27th over. Taylor was forward in defense against Jadeja and lost his balance. Dhoni whipped off the bails in a flash.

The third umpire took his own time to observe it from different angles and finally gave the benefit of doubt to the batsman. Throughout his innings so far, Taylor has been proactive in his feet movement coming out of the crease against the spinners.

The spinners though got a bit of purchase from the wicket and had the batsmen in some discomfort. Seeing the slow nature of the pitch, Dhoni kept using his slower bowlers often. 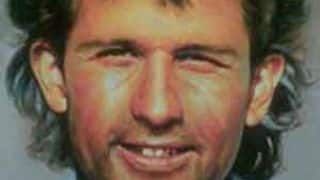