Ish Sodhi in all likelihood will replace Astle in the ODI squad.

Even before the start of a grueling One-Day International (ODI) series against India, New Zealand received worrying news. It seems that leg-spinner Todd Astle is likely to be ruled out of the three-ODI series due a groin injury.

Astle picked up the injury in New Zealand s warm-up game against Indian Board President s XI at the Brabourne stadium. Astle bowled just three deliveries before going off the field. According to cricbuzz, New Zealand s spokesperson said that Astle s injury would be monitored and his participation will be decided in due time.

The 31-year-old, Astle looked in good form in the One-Day series between New Zealand A and India A. He scalped 6 wickets at an average of 27.83. His selection over Ish Sodhi did manage to irk a few commentators.

Speaking on Astle s selection, Gavin Larsen said, “Nine overs, four for 22 against very good opposition [against India A in Vishakapatnam] with a damp-ish ball that was hard to control. He didn’t bowl a bad ball in that spell. The one and only Rahul Dravid said to me he told his team that he’d just witnessed one of the best legspin displays in Indian conditions. That’s some accolade.

Sodhi in all likelihood will replace Astle in the ODI squad. Astle so far has played 2 Test and a T20I for New Zealand. 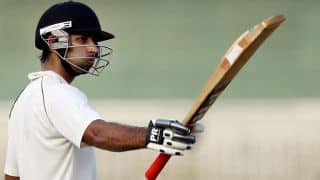 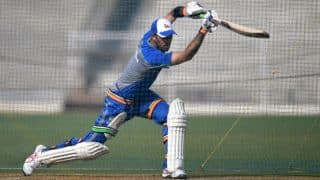