Seeking to avoid their fourth consecutive ODI loss at home for the first time since 2004, New Zealand made four changes and opted to field in the fourth match against India at Seddon Park on Thursday.

Colin Munro and Lockie Ferguson missed out. Henry Nicholls has been promoted to open the innings in Munro’s place, Matt Henry replaced Ferguson and the recalled pair of Jimmy Neesham and Todd Astle slotted in for the dropped Doug Bracewell and Ish Sodhi. (LIVE UPDATES: INDIA vz NZ, 4th ODI)

The absence of Virat Kohli, on a break after the long tour of Australia and three ODIs in New Zealand, opened up a maiden international appearance for teenage batting sensation Shubman Gill, who was handed his first ODI cap by MS Dhoni ahead of the toss in Hamilton.

This makes Gill the 227th Indian cricketer to receive an India cap in ODIs. (READ MORE: No better place to debut than New Zealand: Gill)

Gill, who helped India Under-19s win the junior World Cup a year ago in New Zealand, will bat at No 3 in Kohli’s absence. The 19-year-old, who was named Player of the Tournament in India s successful ICC U-19 World Cup campaign in New Zealand last year, has a List A batting average of 47.78 after 36 innings with four centuries and seven half-centuries. (READ MORE: All you need to know about Shubman Gill)

Rohit Sharma, captaining India in his 200th ODI, has a chance to mark the occasion after being put into bat by Kane Williamson. 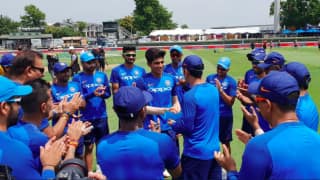 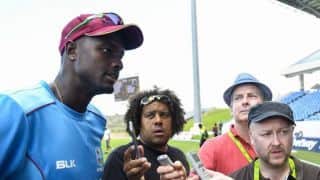