Kiwi quick Lockie Ferguson echoed his captain s views on Thursday and said that the team will bounce back in Tauranga on Saturday following the eight-wicket defeat in the Napier ODI.

“Not our best performance for sure for the summer, I know putting runs on the board was a challenge yesterday, we know that in the camp,” Ferguson told 1 New Now.

While the Indian bowlers Mohammed Shami, Kuldeep Yadav and Yuzvendra Chahal made merry, the New Zealand bowlers did not have a good outing after their batsmen failed to put up a big total on the board as the team was bundled out for 157. (ALSO READ: Virat Kohli to be rested for last two ODIs and T20I series against New Zealand, Rohit Sharma named captain)

“It’s just one of those things that can happen in cricket and I guess when you play a team like India you want to keep attacking a team like that and make sure you fight back, said Ferguson before adding, “It didn’t go our way yesterday and so it was a bit of a challenge for sure.

However, the Kiwi pacer, who dismissed Kohli in the first game, said that the team has assessed what had gone wrong at the McLean Park opener and are looking forward to the second game of the five-match series. (ALSO READ: We need to be better, this wasn t our best effort: Kane Williamson)

“The boys have looked at what went wrong, and we’ll definitely park it and look to continue our good form into Tauranga where we have been very strong. So, looking forward to game two, concluded Ferguson. 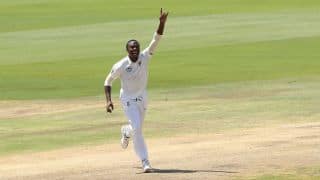 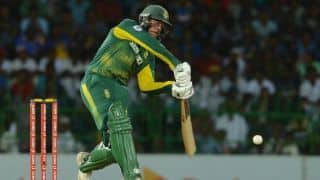