India lock horns with an hapless New Zealand in the second ODI on Thursday.

New Delhi: Limited over captain Mahendra Singh Dhoni will be eager to regain his golden touch even as Virat Kohli eyes another smashing knock at his home ground when favourites India lock horns with an hapless New Zealand in the second ODI on Thursday. It may be just another ODI in a bilateral series, but there is lot at stake for Dhoni, who has been under pressure after Test skipper Virat Kohli led India to the number one ranking following a 3-0 whitewash. With India up 1-0 in the five-match series, Dhoni and his men would like to reassert themselves at the Feroz Shah Kotla stadium in order to further consolidate their lead. Full Cricket Scorecard, India vs New Zealand, 2nd ODI

It is expected that Dhoni would not tinker much with the playing XI from last game with Suresh Raina, who missed the opening match, being ruled out of the second ODI as well after failing to recover from a bout of viral fever. At the face of it, there is apparently no danger to Dhoni’s captaincy since the team is still winning matches. But if one digs deeper, Virat has slowly and surely been the man everyone is looking forward to as a leader. A ‘Clean Sweep’ in Test series with a career-best double hundred, followed by an effortless 85 Not out in first ODI, Kohli has time and again showed as to how it is done “leading from the front.” For Dhoni, it’s now about showing the world that he is far from being dubbed as a spent force in limited overs after earning sobriquet of ‘Best Finisher” some years back.

While Kane Williamson’s ‘Black Caps’ is struggling to stay afloat in the series, India’s ‘Captain Cool’ is fighting a different battle to remain the ‘supreme’ commander’ of ‘Men In Blue’. Dhoni is still supremely fit and agile behind the stumps. His captaincy acumen cannot be questioned. Testimony to that is Hardik Pandya opening the bowling and Kedar Jadhav filling in the role of a part time off-spinner. India vs New Zealand, 2nd ODI, Preview & Predictions

But then runs aren’t exactly coming from his bat. The big hits aren’t being executed with perfection that used to be his hallmark a few years ago. He was run out for 21 in the last game and although that didn’t affect the outcome of the match in any way, but the skipper knows only too well that he has to play a few impact innings in coming weeks. No wonder Dhoni’s intensity while batting at Kotla nets during an optional session was there to be seen. For the record, he needs another 61 runs to complete 9000 ODI runs.

But there must be a lingering shadow of Virat standing right behind him. A 3-0 Test series victory has set a benchmark. Now Dhoni would like to ideally win the series 5-0 against a New Zealand side. A blip here or a hiccup there would invite more criticism as people take it for granted that India will win hands down against New Zealand. From a team’s perspective, Indians have settled down into a nice rhythm. The last match was a cakewalk. Umesh Yadav, Pandya, Mishra and Jadhav all chipped in with vital breakthroughs. Axar Patel and Jasprit Bumrah didn’t get wickets but followed their respective roles to perfection.

Jadhav has now given Dhoni an option as fifth bowler, who can roll his arm over bowling part-time off-breaks. With no Raina there in the middle order, Jadhav would like to make his case stronger in case he gets to bat considerable amount of time. Ajinkya Rahane had a decent start in the 1st game scoring 34 at nearly run a ball while Rohit Sharma would like to shrug off the disappointment of the first match.

While Kohli and Dhoni are certainties in the XI, Manish Pandey is expected to score big runs as there are other contenders in that middle order. For New Zealand, the series has gone from bad to worse save a few individual performances which is far from being satisfactory. The only saving grace for them has been opener Tom Latham with his consistency.

Skipper Williamson’s bad patch has continued for a while and he will like to make amends. Spin twins Mitchell Santner and lsh Sodhi have been brought down to earth after World T20 high as they found how hard it is to bowl on flat sub continental tracks. 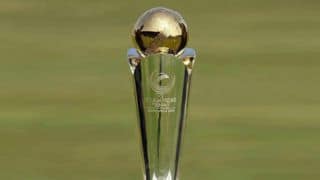