Both India and New Zealand, wary of dos and don ts, now head to Rajkot for the second T20I of the three-match series.

Apart from the catch that Hardik Pandya spilled and that eluded Ashish Nehra a wicket in his swansong while running behind, India did not put a foot wrong. New Zealand, on the other hand, dropped (uncharacteristically) three catches, conceding reprieves to Rohit Sharma, Shikhar Dhawan, and Virat Kohli for 154 runs. New Zealand had to pay for it, and were set 203 to chase. The Indian bowlers then worked well in tandem, and shot down New Zealand when they were 53 runs from the finish line.

Both teams, wary of dos and don ts, now head to Rajkot for the second T20I of the three-match series.

Would India yet again go for a six-bowler ploy?

Virat Kohli believes in horses for courses, thus going for a six-bowler strategy (including two all-rounders) in the Delhi T20I. On a run-manufacturing track, the variety in bowling helped him take better calls and choke New Zealand before they could get momentum.

With Ashish Nehra having hung his boots, India will have to play Mohammad Siraj as the sixth bowler and an ideal replacement for Nehra. However, there s no iota of grass on the track, which sits amidst a lush green outfield. Playing a newcomer Siraj on a Bermuda triangle for bowlers would dent the youngster s confidence. India anyway have five bowlers, and can make do with what they have if they play an extra batsman in either Dinesh Karthik or Manish Pandey.

The veteran Taylor for the young Bruce?

Ross Taylor has not been a part of New Zealand s T20 setup since 2016 World T20. He was benched in the first T20I, making way for Tom Bruce who eventually managed 10 off 10. Tom Latham yet again top scored, but the New Zealanders lacked teeth in middle order. Given Taylor s knack of providing stability and his vast experience, he is likely to feature in the XI.

After winning Man of the Match for his 80-run thug, Dhawan said that he wants to excel in all formats. The intent showed, and it was his innings that concreted a solid foundation for a big score. His belligerence gradually affected Rohit as well as the batters to come, giving them the confidence to go full throttle.

While 4 of 6 New Zealanders conceded over 10 RPO, the leg-spinner Sodhi finished with 4-0-25-2. Amidst the rampage, the on-song Indians could not read Sodhi s wrist-spin. His height produced top-spin, catching the batters in two minds.

– Virat Kohli needs 12 runs to become the second-highest scorer in T20I history. Kohli will go past Tillakaratne Dilshan (1,889). Brendon McCullum (2,140) is still some distance away.

It’s my home ground so I know what to expect from the wicket. I’m looking to bowl the way I did in the IPL, because you don’t get much turn; it’s skiddy and there’s not much bounce. Akshar Patel 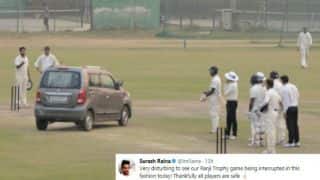 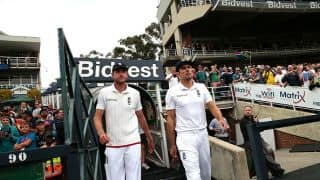