Ajaz Patel bagged a historic perfect-10 in India's first innings to make it to the all-time honours' list, joining Jim Laker of England and Anil Kumble of India as only the third bowler in the history of the game to take all 10 wickets in an innings. Mumbai: After Ajaz Patel failed to make a difference in the first Test against India at Kanpur with the ball, New Zealand spinner Ajaz Patel received a video compilation of all his international wickets by his coach Shane Jurgensen to boost his confidence for the second Test at the Wankhede Stadium.

The timely reminder of his abilities by his coach and mentor gave a booster dose of confidence to Patel, who had struggled to find his rhythm going into the first Test and finished with 2/90 and 1/60 respectively at the Green Park.

And the 30-year-old Central Districts player bagged a historic perfect-10 in India’s first innings to make it to the all-time honours’ list, joining Jim Laker of England and Anil Kumble of India as only the third bowler in the history of the game to take all 10 wickets in an innings.

“Shane really fizzed me up for this one. If I am honest, in the last game I did not have my rhythm and Shane actually sent me a clip of me against the world — basically he sent me a clip of all my wickets against different opponents. That really got me fizzed up and I was excited about this game about coming here to Mumbai and that’s what I needed. He just keeps finding ways to get the best out of the guys,” Patel said in a video released by New Zealand Cricket (NZC).

Patel said that he was quite overwhelmed by the large number of messages and encouraging words from around the world including Anil Kumble and New Zealand’s legendary all-rounder Sir Richard Hadlee, who held the previous record for the best bowling figures by a New Zealander — 9/52 against Australia in 1985.

“To get messages from such amazing cricketers and legends of the game, it’s been very, very special for me and I thank them all for their kind words. I hope to get around to all of them but obviously to get so many messages, it’s overwhelming but it is very, very special to be mentioned alongside some legends and even to get messages from some of legends it’s quite amazing,” said Patel.

Patel also said that it was a special occasion not only for him but whole of New Zealand. 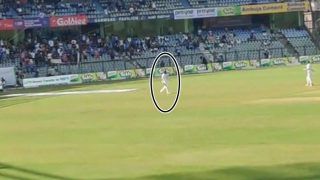 Virat Kohli Gets a Rousing Reception as he Walks Into Bat During 2nd Test at Wankhede vs New Zealand; Video Goes Viral | WATCH 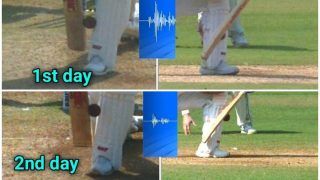