India vs New Zealand, 2nd Test, Day 2 Lunch Report: India Turn the Tide With a Five Wickets in The Morning

New Zealand, who started the day at a solid position of 63 for no loss, but head into lunch on day two on 142/5, losing five for just 79 runs. The hosts trail India by 100 runs. 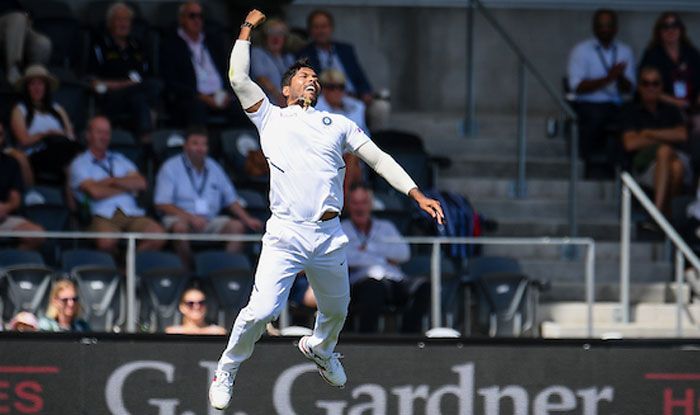 Indian pacers turned the tide on day two of the 2nd Test against New Zealand on a lively Hagley Oval, Christchurch pitch on Sunday claiming four wickets out the five to fall in the first session of the day. New Zealand, who started the day at a solid position of 63 for no loss, took lunch on day two on 142/5, losing five for just 79 runs. The hosts trail India by 100 runs.

Indian pacers were on the money right from the word go and were rewarded early in the day with the wicket of overnight batsman Tom Blundell for 30 trapped in front by Umesh Yadav.

Skipper Kane Williamson could only last eight balls before poking at an outside off delivery from Jasprit Bumrah and was caught behind for just three. Veteran Ross Taylor and Tom Latham put on 40 runs in 10 overs as the duo survived a hostile session of pace bowling But, the introduction of spin did the trick for India as Taylor charged down to Ravindra Jadeja, only to chip the ball towards point where Yadav took a good tumbling catch. Taylor departed for 15 off 37 balls.

Five overs later, Mohammad Shami got the big fish, Latham, soon after the opener got to his 17th Test fifty. Latham made an error in judgement and shoulders arms to an in-coming delivery from Shami over the wicket. The lack of bounce meant Latham lost his off stump as New Zealand slumped to 130/4.

Out-of-form Henry Nicholls too could not add much as he edged one from Shami towards slips where skipper Virat Kohli took a good low catch. New Zealand ended the session on 142/5, with Colin de Grandhomme and NZ’s crisis man BJ Watling in the middle. For India, Shami picked two wickets, while Bumrah, Yadav and Jadeja claimed one wicket apiece. 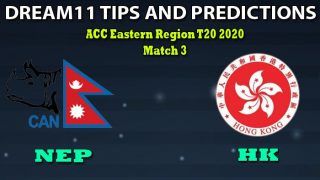 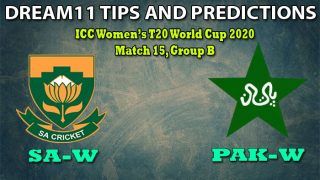