Green Park at Kanpur hosted its first ODI game in 1986 between India and Sri Lanka.

Ever since the public outburst by Suresh Raina in the recently concluded Duleep Trophy 2017-18 tournaments, Green Park, Kanpur has come into the limelight for all the wrong reason. After much doubt about, who will host the India vs New Zealand third ODI, it has been decided by the Board of Control for Cricket in India (BCCI) that Kanpur will indeed host the tie.

The ODI will be played on October 29. According to a report published in Hindustan Times, BCCI acting President CK Khanna said, Probably, this would be for the last time that the Green Park hosts an international match as the Lucknow stadium is far superior, and one of the best stadiums in the country.

Khanna further added, This stadium requires at least two more months to finish, and after conducting the Indian Premier League matches next season, this venue would be the best-ever in the state to host international matches.”

A few IPL teams have approached the authorities here, and it would be good for the venue to gear up for big matches (ODIs and Tests) in future,” Khanna concluded. 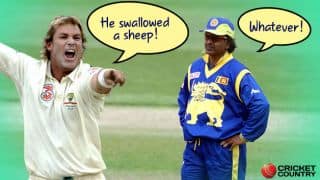