Jasprit Bumrah is the highest wicket-taker in deaths overs in 2017.

Jasprit Bumrah became the 45th Indian to take 50 wickets in ODIs. Bumrah achieved this feat during the third and final match between India and New Zealand at Green Park in Kanpur. He reached the mark in his 28th innings, becoming the second-quickest Indian first being Ajit Agarkar (23 innings). He had Martin Guptill caught at mid-off.

Making debut against Australia in 2016, Bumrah has been India s go-to bowler in death overs. Armed with a sling-shot action, the ever-improving Bumrah has been a vital cog in the wheel. He has a knack of nipping the ball both ways, hurling it away from the stumps. 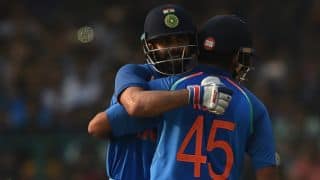