India won their second series in New Zealand after MS Dhoni-led side achieved the first triumph in 2009.

India won their second series in New Zealand after MS Dhoni-led side achieved the first triumph in 2009. The tourists have now extended their winnings streak to five matches.

New Zealand ranked three in the ICC ODI charts were expected to give a tougher fight to India ranked No. 2. “This current New Zealand are definitely a better team than Australia but don’t forget how well India played. Sometimes, we look to the other teams play well and we forget how good our own team is and that no team can stand in front of our team. It is great to see the way our team is playing. Everyone is in form,” Harbhajan told India Today. (ALSO READ: Hardik Pandya will get you some impossible catches: Sunil Gavaskar)

The Turbanator singled out Man of the Match Mohammed Shami, who pocketed three wickets. “I would like to talk about Mohammed Shami. He has been phenomenal, he is someone who India will need at the ICC World Cup 2019 and it is so good to see him picking up those wickets and winning the man-of-the-match,” he said.

“New Zealand is a good team but India were better,” Harbhajan added.

Harbhajan feels India have found their core team leading up to the showpiece event in England and Wales later this year. “It’s a very good headache other teams are struggling against India.

“India are playing different combinations in different conditions and it’s all working. It’s a good headache to have. Virat Kohli will be happy that India have a great chance to win the World Cup. Hope every player stays fit. These are great signs for Indian cricket,” he said. (ALSO READ: India have been far too good in all the three matches: Ross Taylor)

He also reckons that the absence of Kohli, who has been rested for the remaining ODIs and the following three-match T20Is, will not change much for the team. “This team is on auto-pilot mode, such is the culture in the team that whether Virat Kohli is in the side or not,” Harbhajan said. 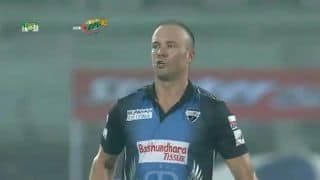 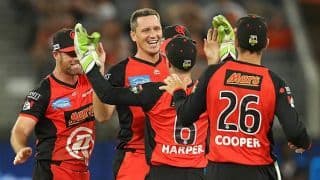