For New Zealand, Mitchell Santner returns after being rested for the last game and replaces Mark Chapman. Also, Tom Bruce goes out to accommodate Williamson. 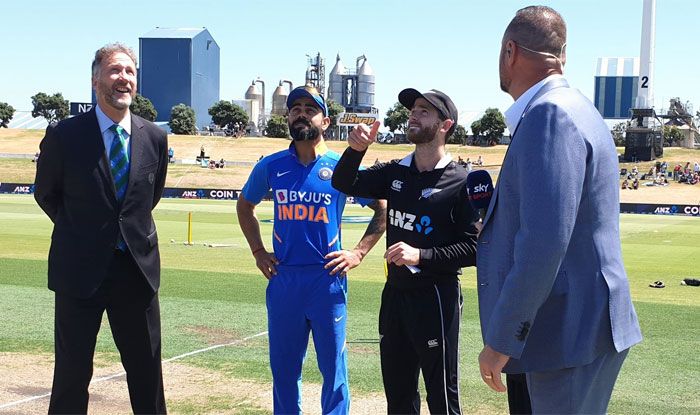 LIVE Cricket Score India vs New Zealand, IND vs NZ 3rd ODI: New Zealand’s regular captain Kane Williamson returned after missing out the first two matches of the series and won the toss, opting to bowl first at the Bay Oval, Mount Maunganui on Tuesday. While Williamson said it was a beautiful wicket to bat on, he preferred to bowl, Kohli was happy to bat first. After conceding the series, Kohli and Team India have the pride to play for and brought in Manish Pandey in place of Kedar Jadhav.

For New Zealand, Mitchell Santner returns after being rested for the last game and replaces Mark Chapman. Also, Tom Bruce goes out to accommodate Williamson.

Virat Kohli: We wanted to bat first anyway. As Kane said, it’s a new wicket, looks pretty nice from the outside. Just a hard surface and good grass on it. Plus we wanted to put up a total on the board as we’ve spoken about. We don’t have anything to lose, so we can go out there and play positive cricket. The ODI series has been a good learning for us. As we saw, a couple of debutants in both the games. When the batting order is like that, it’s great learning for the youngsters. The first game was an example of two guys stepping up, in the last game we were outplayed. When you are playing so much, you will win and lose some. It’s important how you play. But really proud of the way we’ve fought. One change. Kedar Jadhav is sitting out of this game and Manish Pandey comes in.

Kane Williamson: We are going to have a bowl. Obviously a new surface, yes a few unknowns. We will have to wait and see, usually, it’s a good surface. The fight throughout, something that we can be proud of. Staying in there and putting the pressure on the opposition. India has been really pleasing to see, so hopefully, we can keep continuing some of those things. I am good. Two changes, Santner comes in for Chapman and Tom Blundell is out. Bringing Mitch back as he’s one of our main spinning options. 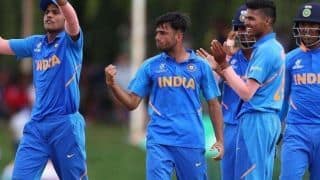 Yashasvi Jaiswal, Ravi Bishnoi Among 3 Indians Named in ICC U19 World Cup Team of The Tournament