Ajinkya Rahane notched up his 8th Test ton for India playing against New Zealand in the third and final Test of the three-match series. Third Test is being played at the Holkar Stadium in Indore, this is also the first time the city has hosted a Test. Rahane before this match was on 7 hundreds from 28 matches, making his debut for India in 2013 against Australia. Rahane looked a bit uneasy on Day 1, but Day 2 proved to be another story where he was easily pulling the ball. Rahane and skipper Virat Kohli so has added 201* runs for the fourth wicket with India on 306 for 3 at time of publishing this report with both batsmen unbeaten on 100* & 121* respectively. Live cricket scorecard: India vs New Zealand, 3rd Test

This match has been a record breaking one for Rahane, he also went past 2,000 Test runs when he achieved a score of 2 runs in this match. Rahane was on 1,998 runs before this Test. Rahane to his credit has 6 Test hundreds away from home which is testimony to his class, while having just 2 tons at home. His 2 hundred at home were against South Africa last year in Delhi Test.

Day Two is expected to bring forth top-class cricket as well. Rahane will look to score hundred. Meanwhile, Kohli will aim to reach new milestones. Expect India s complete dominance in the remainder of the match. However, New Zealand have the knack of bouncing back. If they manage to restrict India below 400, they still have a chance to end the series on a winning note. 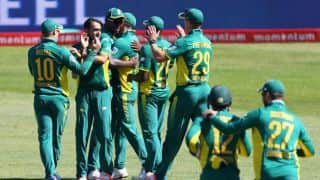 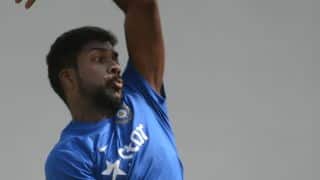