The Holkar stadium will make its debut when India locks horns with New Zealand in the third and final Test on Saturday.

The Holkar stadium will make its debut when India locks horns with New Zealand in the third and final Test on Saturday. Built at the heart of Indore, the stadium has rich cricketing history, and is the home of India’s first captain in the longest format CK Nayudu. Many would agree that the ground should have been graced with Test cricket earlier. All the same, better late than never, for two of the finest teams will battle hard to emerge triumphant. While one will play for a clean-sweep, the other will combat for pride. Nonetheless, it promises to be a beauty of contest. Live cricket scorecard: India vs New Zealand, 3rd Test

Meanwhile, India lost two players who featured in the starting XI of the second contest: Shikhar Dhawan and Bhuvneshwar Kumar. Dhawan was hit on his fingers twice in the second innings by Trent Boult’s ferocious bouncers, resulting in a minor fracture. And to replace him, the selection committee drafted in the promising Karun Nair. On the other hand, Shardul Thakur replaces Bhuvneshwar, whose back strain flared up during the second Test at Kolkata. As a matter of fact, the medium pacer had picked up a stunning five-wicket haul, gifting India a 178-run win and 2-0 lead.

However, the replacements are unlikely to make it to the playing XI.

Gautam Gambhir, who was once the No. 1 batsman in ICC Test rankings, will get a nod to open with Murali Vijay. To put things into perspective, let’s walk through his numbers in Test cricket.

In a glorious career that commenced in 2004, he has represented India in 56 Tests, scoring 4,046 runs at 42.58, inclusive of 9 hundreds and 21 half-centuries. He has four 150-plus scores, including a double-hundred. What commendable is, one of these came against New Zealand at Wellington in 2009, the same series India beat the hosts 1-0 and the southpaw was awarded Man of the Match for his talismanic performance. ALSO READ: VVS Laxman: India s ascent to the pinnacle an all-round team effort

KL Rahul has been in the form of his life, but was rested to due to hamstring injury, after the first Test. On the other hand, Dhawan has been out of sorts. And had he not been injured, he was likely to warm the bench, letting Gambhir make full use of his form and fortune.

Truth be told, Gambhir will be nervous. There will be performance anxiety. More importantly, cementing his spot in the team will be looming over his mind. But Gambhir is known for fighting his demons. He is known for playing characteristic innings. In short, his willingness to laugh in the face of adversity is what makes him special. Whether he will emulate his old magic or succumb to pressure, is a question only time can tell. Also read: The agony and ecstasy of being Rohit Sharma fan!

The track at Eden Garderns offered swing and bounce. Captain Virat Kohli, without giving it a second thought, replaced Umesh Yadav with Bhuvneshwar. Not that Yadav failed to provide impetus in the series opener, but the Kolkata track was tailor-made for the latter. However, with Bhuvneshwar and Ishant Sharma ruled out, one of India’s fastest bowler Yadav will get a chance, again, to dismantle the New Zealanders with sheer pace and reverse-swing.

Talking about the visitors, they have nothing to lose now. They have lost the series 2-0. They did put up a good fight though. They upped the ante even when the troops down. Not for a moment were they bogged down by India’s dominance. Hence, they will leave no stone unturned to end the series on a winning note.

In other news, New Zealand are positive about Kane Williamson’s return for the last Test. He was out due to injury in the previous match, pushing the Kiwis in further trouble. In fact, his scores of 75 and 25 in the first Test kept the Kiwis on course. With him back in the side, India’s task to run through the middle-order gets tougher. Also read – Wriddhiman Saha: India s MVP in Test cricket

All in all, it’s New Zealand’s bowling that has impressed one and all, be it the pacers or spinners. They, more importantly, played well as a cohesive unit. On a relatively batsman-friendly conditions, they put their heart and soul to keep India’s batting might at bay.

The track, however, has cracks on it and is expected to favour the spinners.

So far in the series, we saw Indian batters struggling to find their feet against Mitchell Santner with ease. Yes, Indians did score runs, but Santner and co.’s disciplined brand of cricket compelled them to make unforced errors, eventually losing wickets at crucial stages.

This puts India ahead in the race, as the spin pair of Ravichandran Ashwin and Ravindra Jadeja will be itching to explore the cracks and turn the ball square. Overall, the duo has picked up 24 out 40 wickets the team has scalped. Also read: Is visitors batting spineless without Kane Williamson?

Amidst all the spin dominance, Mohammad Shami has quietly picked 8 wickets at 21.12 (to remind you, he averages better than the spin duo).

Meanwhile, Cheteshwar Pujara and Wriddhiman Saha probably India’s top Test cricketers have been in ominous form of late. However, the India have played well as a cohesive unit, and it has gradually become a spot of bother for the past few years.

All in all, prediction is no-brainer. India have a psychological advantage, given the 2-0 lead as well as home conditions. New Zealand, nonetheless, will look to do what they have been doing the best: punch well above their weight. 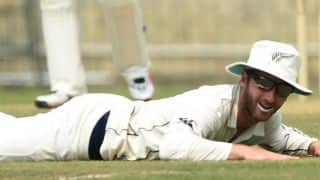 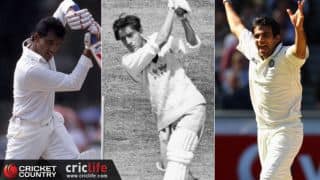