India chasing 261 set by New Zealand run were handed their first wicket in the form of Rohit Sharma.

India lost their most explosive batsmen Rohit Sharma chasing 261 runs set by New Zealand. Rohit and Ajinkya Rahane came out to bat for India. New Zealand made 260 runs in the 50-overs with the help of . Rohit had made scores of 14,15,13, and 11 in the four matches he has played so far coming at an average of 12.50. Rohit was dismissed by Tim Southee to a peach of a delivery. Southee kept the ball on the outside off stump line to and continued asking questions of him. Rohit made just a 19-ball 11 with 2 four’s. India were placed on 33 for 1 in 6 overs with Virat Kohli on 4* and Rahane on 16*. LIVE CRICKET SCORECARD: India vs New Zealand, 4th ODI at Ranchi

In the ongoing limited-overs series, New Zealand batted first thrice, eventually defending the total only once. Dhawal Kulkarni, who replaced the injured Jasprit Bumrah, leaked 37 runs off his first four overs. In fact, openers Tom Latham and Martin Guptill did exactly the same. The duo blasted 80 runs in the first 10 overs. Guptill reached his 18th half-century and looked good for a big score. However, as fate may have it, star of the first ODI Hardik Pandya used his stock delivery to end Guptill s innings on 72. Stalwart Ross Taylor joined Williamson in the middle and added 46 runs for the third wicket.

Wickets tumbled one after another and New Zealand could churn out only 260 runs on the scoreboard. What seemed like a big total was reduced to a below-par one. Credit goes to the Indian bowling unit, for they performed well in tandem even at crucial juncture. 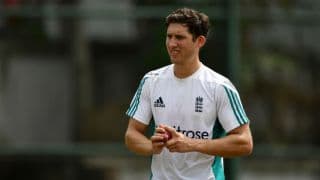 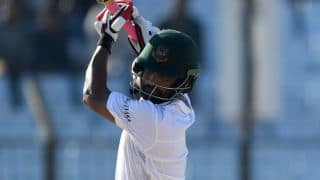