Hesson believes that wrist spinners from both teams hold the key in the series.

After a successful tour of Australia where they pocketed both, the Test and the ODI series, India hopped to the Aussies trans-Tasman neighbours New Zealand where they are gearing up for the first of the five-match ODI series which gets underway at Napier on Wednesday. (ALSO READ: India vs New Zealand, 2019: Full Schedule, Fixtures, Squads, Live Streaming – Everything you need to know)

India have traditionally never been good travellers to New Zealand. They have won just 10 out of the 34 ODIs including a 4-0 defeat in the 2013-14 series.

While India are riding high on confidence with all their departments peaking at the right time, New Zealand too are not any pushovers at home. The BlackCaps named their strongest ever ODI squad to face the World No 2 side. Captain Kane Williamson and pacer Trent Boult, who were rested for the lone Twenty20 against Sri Lanka, have been included along with the fit-again Mitchell Santner.

Former New Zealand coach Mike Hesson pencilled Ross Taylor as the biggest threat for Virat Kohli and Co. Taylor, who has been the second-most successful batsman in ODI cricket after Kohli since the 2015 World Cup, is averaging over 90 in the last 12 months.

Ross Taylor is averaging in the 90s in the last 12 months. He is the New Zealand big gun in the middle-order. Apart from that, the all-rounders James Neesham, Colin De Grandhomme, Doug Bracewell and Mitchell Santner will all be crucial. The four of them are vying for two spots in World Cup squad. From the seam bowling point of view, who is going to back up Trent Boult is a big question. Tim Southee has been a good partner but he s under little bit of pressure, certainly needs to step up, Hesson, who quit as New Zealand s coach last year, told CricketNext on Monday. (ALSO READ: India in New Zealand, ODIs – A Brief History)

The 44-year-old old who s next coaching assignment will be with the Kings XI Punjab for the Indian Premier League this year, is impressed by MS Dhoni s return to form. Dhoni registered three consecutive half centuries on the trot to help India seal the ODI series against Australia 2-1.

Dhoni s runs just shows the value of experience. Most players in the world would have panicked considering the situation Dhoni was in but he looked calmer than anybody else. It suggests that he has been in this situation many times before and knows how to pace a chase, Hesson said.

Challenge for Dhoni is going to be when the side is batting first, how hard he needs to go. In terms of chasing a total, which is still the hardest thing in cricket, he is a genius. (ALSO READ: Cricket is not the most important thing in my life: Virat Kohli)

Hesson believes that wrist spinners from both teams hold the key in the series. India have chinaman Kuldeep Yadav and legspinner Yuzvendra Chahal in their ranks, while the hosts are likely to field legspinners Ish Sodhi and Todd Astle in the series.

Wrist spinners Sodhi, Yadav and Chahal as well as Todd Astle will definitely play a big role, more than the finger in Santner who can provide the all-rounder s role for the Black Caps. I believe both Sodhi and Astle are in the running for World Cup slots with the kind of pitches what will be on offer in England that time of the year. India with Kuldeep and Chahal have got very good variety. The ability of the New Zealand middle-order to play the wrist spin will probably dictate the course of this ODI series, he said. (ALSO READ: Jasprit Bumrah will be key for India at the ICC World Cup 2019: Danny Morrison)

Elaborating on the pitches and conditions that will be on offer, Hesson said: In general, the pitches will be flat. For the wrist spinners, it will offer a little bit in terms of turn. There will be bounce on offer and both sides have good enough pace bowlers to challenge batsmen with bounce. It depends on whether the ball will swing. Hamilton and Maunganui is where the ball will swing, so both sides will look to attack in the powerplays when the ball is swinging.

Finally, Hesson expects both teams to go hard at each other with the series being a perfect prelude to the ICC World Cup 2019. We have two of the top three ODI sides competing in this ODI series. In terms of preparation for World Cup, you couldn t ask for a better dress rehearsal, he said. 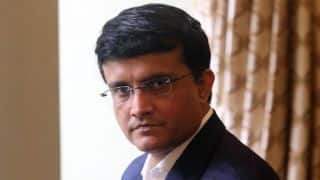 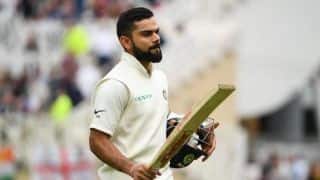