India are set to field two debutant openers, Shaw and Mayank, in the first ODI against New Zealand on Wednesday, skipper Kohli confirmed.

After registering an emphatic series whitewash in T20Is, India will start the second chapter of the New Zealand tour as the two teams lock horns for the three-match One Day Internationals (ODIs), beginning Wednesday (February 5). Ahead of the ODI battle, skipper Virat Kohli spilled the beans on Team India’s newest opening combination for the first ODI in Hamilton.

Kohli confirmed that both Prithvi Shaw and Mayank Agarwal will shoulder the opening responsibility for the visiting side in absence of regular openers – Rohit Sharma and Shikhar Dhawan. The experienced duo of Rohit and Dhawan have been ruled out of the New Zealand tour with injuries. The latter had hurt his left shoulder during the home ODIs against Australia. While India vice-captain Rohit was ruled out of the ODIs and the following Tests on Tuesday due to a left calf muscle strain.

The Indian captain also revealed that in-form batsman KL Rahul will continue to bat in the middle-order in the 50-over format.

“Prithvi’s definitely going to start and whoever the replacement is, we’ll ask for an opener (which has already been decided with Agarwal replacing Rohit). KL will bat in the middle-order. We want him to get accustomed to that role and keep as well,” said Kohli at the pre-match eve.

The 31-year-old also said injuries to Dhawan and Rohit are a good opportunity for Shaw and Agarwal. “Rohit’s injury is unfortunate but someone who steps in, it’s a chance for that guy to experience this kind of pressure and expectation, and for us to see who are the guys that cope with it. Kane has done it so many times, and you know what he can do.

, necessitating a complete change in the opening combination. 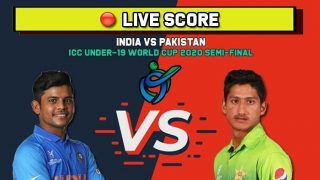 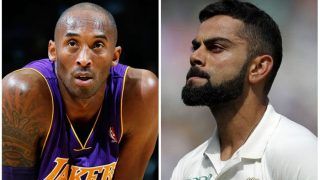 Virat Kohli on Kobe Bryant: ‘Someone That You Looked up to, Passes Away Like That, it Does Put Things in Perspective’