Young Prithvi Shaw and Karnataka batsman Mayank Agarwal made their debuts for India in the ongoing first ODI at Seddon Park, Hamilton on Wednesday. By doing so, the duo became the fourth Indian pair to debut in the same ODI. The last time it happened was way back in 2016 when KL Rahul and Karun Nair opened the batting for India against Zimbabwe.

4th Instances where two debutantes opening the innings for IND in ODIs.

Sunil Gavaskar and Sudhir Naik vs ENG in 1974

Parthasarathy Sharma and Dilip Vengsarkar vs NZ in 1976

Earlier in the day, New Zealand won the toss and opted to bowl. The fresh ODI openers got India off to a decent start as they put on 50 runs in eight overs before being dismissed. With a fifty-run stand on debut as openers, they became the first to do so. Shaw scored 20 off 21 balls and Agarwal scored 32 off 31 balls. Both of them got starts but could not convert it into something big.

Meanwhile, Shreyas Iyer continued his good run with the bat as he slammed his maiden ODI ton to help the visitors set a mammoth 348-run target for NZ in the first ODI. KL Rahul also scored a breathtaking 64-ball 88* as Kohli hit a fifty before being bamboozled by Ish Sodhi’s googly. 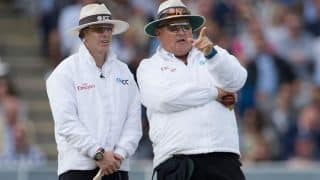