For NZ XI, Kuggeleijn returned 3/40 in his in 14 overs while leg spinner Ish Sodhi claimed 3/72 in 14.5 overs. 22-year-old pacer Jake Gibson picked two wickets and Neesham had a solitary wicket to his name. 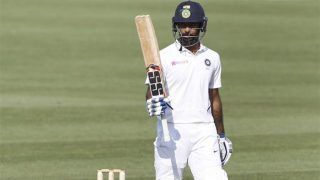 In what was the worst possible start for the Indians on day one of the only warm-up game against New Zealand XI ahead of the two-match Test series, starting February 21, Hanuma Vihari came out trumps with a knock of 101 of 182 balls, while Test specialist Cheteshwar Pujara got himself some ample playing time, consuming 211 balls for a patient 92. The duo saved Indians the blushes, who were reduced to 5/3 by Scott Kuggeleijn, who removed Test hopefuls Prithvi Shaw and Shubman Gill for ducks, sandwiched with the wicket of Test opener Mayank Agarwal for just one.

Test specialist Ajinkya Rahane managed 18 off 30 balls before falling to Jimmy Neesham. Pujara and Vihari then played out over 55 overs to keep New Zealand XI at bay. But the fall of Pujara in the 72nd over and Vihari an over later opened the floodgates for NZ XI. The Indians went on to lose their last four wickets for just 18 runs with Rishabh Pant out for seven, Wriddhiman Saha and Ravichandran Ashwin for nought. Umesh Yadav made nine while Ravindra Jadeja added eight. Stumps was called when the innings came to an end at 263.

For NZ XI, Kuggeleijn returned 3/40 in his in 14 overs while leg spinner Ish Sodhi claimed 3/72 in 14.5 overs. 22-year-old pacer Jake Gibson picked two wickets and Neesham had a solitary wicket to his name.

The tour match is an opportunity for Gill to push his case for the opening slot with Rohit Sharma out of Test series with an injury. Agarwal and Shaw are expected to open in the series for India, but with Agarwal having a horrid tour so far in the limited-overs leg, the pressure is on him to prove his mettle in days format, while Shaw is making his return to Test cricket after a lengthy layoff. 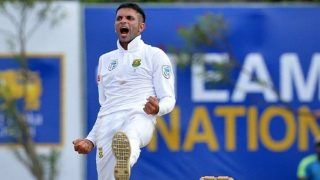 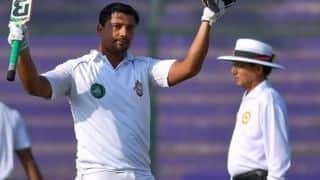 "It's a Dream Come True to be Playing in The Pakistan Super League (PSL)", Says Zeeshan Ashraf