Stead reckons there are few areas that need to be addressed, but he s happy with the balance of the squad.

With the ICC World Cup 2019 just about four months away, New Zealand are looking to fine tune their squad and will use the upcoming ODI series against India before they face Bangladesh in three ODIs later this month.

Head coach Gary Stead reckons there are few areas that need to be addressed, but he s happy with the balance of the squad. “There are a number of guys who are sticking their hand up and that is a great problem to have,” Stead said on Thursday.

“I would say the position of the team and the players we have is the healthiest it’s been for a long time, and that is a testament to the work the guys are putting in.

“Anytime you play for New Zealand, it is a great opportunity to go out there and cement your name for a long period. We want our guys to make it tough as they can for the selectors, when it comes to World Cup time, even though that is a while down the track.”

“It’s great that we have Mitch back, he’s a world-class performer and we are really excited to have him back in the fold,” Stead said.

“We’ve been monitoring how he’s been going, think it’s unlikely he’ll play in every match [against India] and we just want to be a bit cautious around his comeback after the injury he’s had.

New Zealand will be tempted to pick three seamers, but that will leave them the risk of opting for Henry Nicholls as back-up keeper to stand in, if need be.

“It’s a possibility; Henry has had a little bit of keeping in the past and again that’s a selection question when we sit down to finalise the squad of 15 and work out the balance we need. We’ll work out whether we go that way or have a genuine person who keeps all the time as balance. We got some information we wanted [about Tim Seifert] which was really good, we certainly have no question marks around his ability with the bat and to change a game quickly. We’ve given him some things to go away and work on with the gloves in terms of being a little bit tidier generally, but he’s certainly on the upward ranks in how he’s going with his keeping.

“We had Luke Ronchi in camp, and he did lots of work with Tim and provided him with some groundwork. Lots of it will come down to Tim doing some work away from the game.” (ALSO READ: Black Caps to meet All Blacks in T20 clash for Lomu-Crowe Trophy)

Stead is also pleased with the prospect of having two legspinners in Ish Sodhi and Todd Astle who missed out on the initial squad to face India with a knee injury, but may return in the las two matches.

“The spin-bowling stocks is a position we are lucky with in New Zealand. In Astle, Sodhi and Santner we have three guys who have performed well. Personally, I’ve always been a fan of legspinners because I think they can still spin the ball both ways and provide a real point of difference. There is a possibility that [three spinners] could still happen.”

Among the allrounders, New Zealand have at least four vying for slots for the World Cup. James Neesham isn t expected to be out of action for long, while Corey Anderson can return to the squad against Bangladesh. There Colin de Grandhomme, Doug Bracewell and Santner as well. (ALSO READ: ‘I acted like the world was on my shoulders’ – James Neesham on his changed perspective)

“Guys who can provide three to five overs and help balance it up is a definite advantage and if he’s not doing that then he’s up against the batsman and needs to prove he is better than them. The allrounder’s positions is being hugely sought after, we probably have four people who are genuinely contenders for two or three spots,” he said. 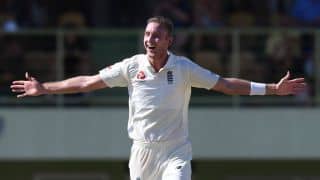 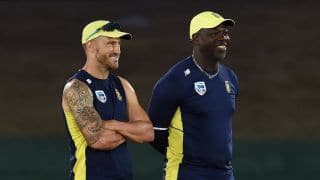