Here are the statistical highlights of the Asia Cup 2014 match between India and Pakistan.

# Rayudu’s innings is his highest in a losing cause in ODIs.

# Ravichandran Ashwin (3/44) recorded his second best bowling figures at the Asia Cup, next only to the 3 for 39 against Sri Lanka at Dhaka on March 13, 2012. His figures are his best against Pakistan in ODIs.

# Saeed Ajmal, with 20 wickets at an average of 19.90 in ten games, has set a Pakistan record for most wickets at the Asia Cup, eclipsing Abdul Qadir‘s runs’ tally of 17 at 14.76 runs apiece.

# Pakistan’s thrilling one-wicket win is the narrowest victory margin in terms of wickets at the Asia Cup, bettering Sri Lanka’s two-wicket triumph over India at Fatullah on February 28, 2014.

# Pakistan’s win is their seventh by one-wicket margin — two each against India and South Africa and one each against Australia, West Indies and New Zealand.

# Rohit Sharma (56) has recorded his 22nd fifty in ODIs — his fourth against Pakistan. He is the first Indian batsman to record three fifties against Pakistan at the Asia Cup.

# Misbah-ul-Haq and Arjuna Ranatunga are the two captains to have recorded three run-outs as captain at the Asia Cup.

# Mohammad Hafeez has posted his second fifty at the Asia Cup. His match-winning knock of 75 off 117 balls is his second highest score against India at the Asia Cup, next only to the 105 off 113 balls at Dhaka on March 18, 2012.

# Hafeez and Sohaib Maqsood were associated in a stand of 87 — Pakistan’s second highest fifth-wicket partnership against India at the Asia Cup — the highest being 92 between Moin Khan and Mohammad Yousuf at Dhaka on June 3, 2000.

# Hafeez’s 19th half-century in ODIs is his second against India. He has provided the sixth instance when a Pakistani all-rounder has posted a half-century, claimed two wickets and two catches in the same ODI.

# Hafeez has received his first Man of the Match award against India — his 14th in ODIs.

# Jayasuriya is the only other batsman to complete 50 sixes against an opponent — 53 vs Pakistan. 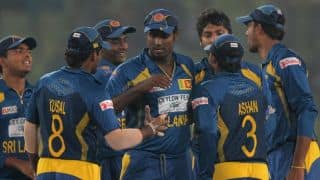 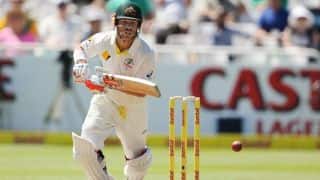