To simply put, cricket will take centre stage, when Virat Kohli and Sarfraz Ahmed go for the toss in match No. 4 of ICC Champions Trophy 2017 at Edgbaston.

Allegations, speculations, rumours, and whatnot have polluted Indian cricket in the last few days. Virat Kohli and his coach Anil Kumble have been on the wrong side of the news. Some sources say that both have been having rift in the dressing room. Some sources say that Kumble is unwilling to continue as coach, but later reapplies for the same post. Then Kohli himself bursts the bubble: Agreements and disagreements happen. I would not comment on things that I am not fully aware of. There, read between the lines and you are left with no conclusive, full-proof evidence. And, that too, all before an India-Pakistan match. FULL CRICKET SCORECARD, India vs Pakistan, ICC Champions Trophy Match 4

None of these, absolutely none will come to the fore when Kohli and Sarfraz Ahmed go for the toss in match No. 4 of ICC Champions Trophy 2017 at Edgbaston. To simply put, cricket will take centre stage.

For once, Indian spinners do not have to fill the void (or make amends) for that one less-potent fast bowler. In fact, one of the spinners may have to warm the bench. Why, you ask?

India have Umesh Yadav, their best fast bowler in the last season; Bhuvneshwar Kumar, the highest wicket-taker in IPL 10; Mohammed Shami, who has taken 87 wickets at 24.89 and Jasprit Bumrah, their premier death-bowler.

However, given all-rounder Hardik Pandya has been a vital cog for the past year and half, one of the pacers will not join the quartet. Agreed, Shami s numbers are outstanding but the other three have been in the best of their fitness this Indian summer, an aspect that drives Kohli.

On the other hand, Ravindra Jadeja was the highest wicket-taker in the 2013 edition of this tournament. His fielding skills are second to none: in a last-over thriller in this year s IPL, he induced two direct hits from point. In addition, he saves certain boundaries in the middle overs. And his knack of playing brisk cameos with the bat is no news.

All these aspects put him ahead of Ravichandran Ashwin, whose overseas record is not as impressive as it is at home, ahead in the race.

With Azhar Ali at the top, Mohammad Hafeez has had to bat two-down of late. If anything, that adds more flavour to the middle order with the veteran Shoaib Malik and captain Sarfaraz Ahmed at No. 5 and 6 respectively.

Like India have Pandya, Pakistan boast of spinning all-rounder Imad Wasim who can collect vital runs with his ability to use the long handle.

The bowling armoury includes left-arm pacers Mohammad Aamer, Hasan Ali and Wahab Riaz. Such is their impact that Kohli was seen facing medium-fast from spinner Jadeja in the nets. To add more fire to the pace battery, newcomerFarheem Ashraf is likely to debut, at Edgbaston, under dark clouds. Yes, rain is expected to suck some power out of the high-voltage contest.

Four pacers and a spinner in conditions that will garner lateral movement should trap Indian batsmen in the crease.

I don t think any other team also puts a price on just one game. We take the same mindset to every game that we play for India. The mindset does not change. Virat Kohli

It is true that on paper India are better than us, but in today s times game has changed. Whosoever plays better on the particular day will win the match. On the other hand, it is India who are under pressure as they are going into the game as favourites. Sarfraz Ahmed

That said, the televisions sets irrespective of their range are crushed in Pakistan when their arch-rivals emerge victorious. Indian fans, meanwhile, have their own way of channelising their frustration. You cannot blame them. This is India and Pakistan we are talking about, the only time patriotism is at an unbelievable crest. Let alone that, some watch only when India and Pakistan face off. In other words, India and Pakistan above all are the greatest ambassadors of cricket.

And who knows, Kohli and Kumble may share smiles if India win and bury the past. Or wait, the game may as well be washed out and your Monday will get bluer than ever 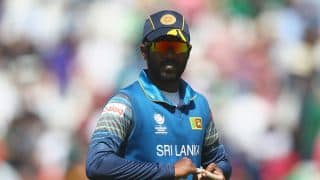 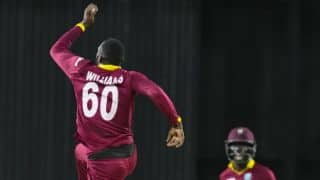