Kolkata: In a major scare for fans across the globe waiting for the highly anticipated clash between India and Pakistan at the Eden Gardens, the city of Kolkata witnessed rains and drizzle on Saturday morning. The much awaited encounter of  T20 World Cup 2016 has already seen its fair share of drama over venue and security concerns. Now with the heavens opening up, the anxiety and anticipation had gone up to another level. However, the sun is supposed to shine through later in the day according to skymet. Live Cricket Scorecard: India vs Pakistan, ICC World T20 2016, Match 19 at Eden Gardens

In the next few hours, light to moderate rain and thundershowers over scattered parts are likely over Hooghly, Howrah and Kolkata. The Cricket Association of Bengal (CAB) and fans will be hoping for an uninterrupted match today which is scheduled to begin at 7: 30 p.m. Kolkata often witnesses rains but this is not the rainy season. Fans will be hoping that rains do not cause them undue trouble and they witness the much awaited clash between the arch-rivals uninterrupted. It is after a long time that India and Pakistan will face each other in a Twenty20 international (T20I) match in India.

India defeated Pakistan recently in Asia Cup 2016. Pakistan would want to avenge the loss by beating India in the prestigious World T20 2016. However, Pakistan have never been able to beat India in a World Cup, be it 50 overs or 20 overs. Pakistan’s record against India at Eden Gardens is good and hence they will be hoping to better their record this time around. 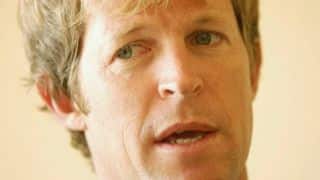 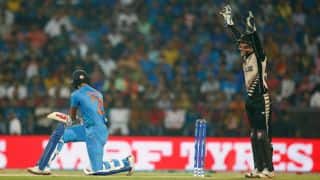