India are building their innings gradually against Papua New Guinea at the ICC Under-19 World Cup 2014 Group A match at Sharjah. Akhil Herwadkar had given them a good start, but since he fell, Vijay Zol and Ankush Bains have moved along slowly.

It hasn’t been easy going for India under-19. Initially, they were slow, but then Herwadkar picked up pace during his innings of 37. Now, Bains and Zol are consolidating in order to build a good score. India would want to put up a very good score and wipe off the memories of the tough game against Scotland. In 21 overs, India are 96 for one. 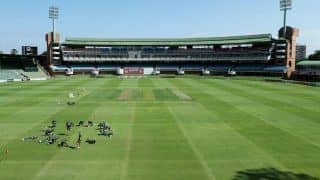