India will be looking to carry the momentum from the last match.

After making a victorious start to their ICC Under-19 World Cup campaign against Pakistan in the first match, India Under-19, on Monday play against Scotland in their second outing of the tournament. A win in the second match would almost guarantee a quarterfinal spot for the defending champions.

Promising youngsters, Sanju Samson and co. would like to keep up the good work from the last match. 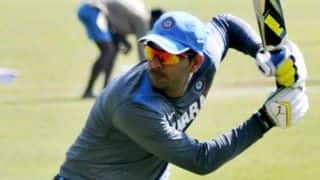