Jasprit Bumrah becomes the first debutant from Gujarat in the last 15 years.

While Team India  think tank remained mum on their pace bowling combination for Cape Town opener, they have made a bold call on Day One. Limited-overs regular — No. 3 and 4 in ODIs and T20Is respectively — Jasprit Bumrah has been handed his maiden Test cap. With the Cape Town track expected to be seam-friendly, and likely to remain flat in the crucial Day Three and Four, Bumrah will come handy with his awkward high-arm action and extra pace off the deck.

Note: Bumrah also becomes the first debutant to represent India in whites from Gujarat in the last 15 years. Parthiv Patel being the previous one.

Former pacer Ashish Nehra had also backed Bumrah’s inclusion for the Cape Town Test. He stated,”Bumrah can be a good choice in Cape Town. He has the most lethal yorker among the five pacers along with good slower ones. Also he has an awkward high-arm action, which can be very difficult to pick initially. All these factors work in Bumrah’s favour. Cape Town, during January, can get hot and the conditions may not be seam-friendly. ”

Bumrah beca,e the 290th player to represent India in the longest format. India, ranked No. 1, would like to give a tough competition to South Africa and win their maiden series on their soil. 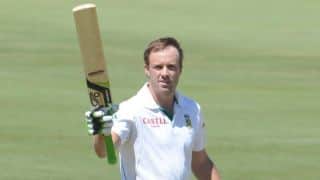