India vs South Africa 2015-16, Nagpur, and other 'lowest highest scores'

India vs South Africa 2015-16, Nagpur, and other 'lowest highest scores'
By CricketCountry Staff

The third Test of the Gandhi-Mandela Trophy between India and South Africa at Vidarbha Cricket Association Stadium, Jamtha, Nagpur has drawn a lot of attention, mostly negative. The pitch was dubbed ‘poor’ by International Cricket Council (ICC) after India won the Test by 124 runs, thereby taking an unassailable 2-0 lead in the series. The Test marked the end of a 9-year run for South Africa, in which they had not a single Test series away from home. The Test also resulted in India’s first series win against South Africa in 11 years. South Africa were bowled out for 79 in the first innings, which remains the lowest score by any side against India, home or away. FULL CRICKET SCORECARD: India vs South Africa, 3rd Test at Nagpur 2015

While the Indian spinners, Ravichandran Ashwin (12 for 98), Ravindra Jadeja (4 for 67), and Amit Mishra (4 for 60) ran rout, the standout bowler for South Africa was almost certainly Morne Morkel (6 for 54). Amidst all this, however, the critics laid emphasis on one point to back ICC’s classification of the pitch as ‘poor’: the Test was the first in Indian soil without any individual fifty. In fact, the highest score came from Murali Vijay (40), while Shikhar Dhawan (39), Hashim Amla (39), Faf du Plessis (39), and JP Duminy (35), Wriddhiman Saha (32), Cheteshwar Pujara (31) all came close. Now that we think of it, though there was no fifty, a score of 40 and three 39s are not that bad a haul! Let us, then, look at the ‘lowest highest scores’ in a decided Test for every host nation:

‘Lowest highest scores’ in a decided Test for every host nation

As is evident, the occasions for England, Australia, and South Africa have all been come in the 19th century. The Test in West Indies also came before World War II, but it is to be noted that for three countries — India, Bangladesh, and UAE — the ‘lowest highest scores’ have come in this decade. The lowest for New Zealand had come in 2002-03. 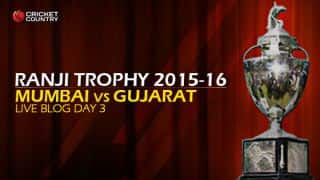 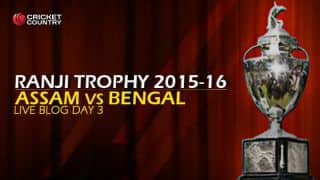