The live telecast of the second Test, Day One can be watched on Sony Ten 1 and Sony Ten 1 HD.

With the 72-run defeat left behind, India would look to settle scores versus South Africa at Centurion in the penultimate Test. It won’t be easy with Centurion being South Africa’s fortress. In addition, Hashim Amla, AB de Villiers and Quinton de Kock have fantastic record at the venue. Amla averages 80.13, de Villiers 63.60 and de Kock has a hundred and two fifties from five outings at SuperSport Park. Even without Dale Steyn, South Africa start as favourites and India have to fight hard to maintain their No. 1 rank in Test rankings.

The live telecast of second Test, Day One can be watched on Sony Ten 1 and Sony Ten 1 HD. Sony Ten 3 will telecast with Hindi commentary. The live streaming of the same will be available on SonyLive.com.

India are expected to make wholesome changes to their playing XI. They may accommodate a place for both Ajinkya Rahane and Rohit Sharma. Shikhar Dhawan, in all likelihood, looks certain to make way for KL Rahul. In addition, Parthiv Patel was also seen practicing hard, and may play in place of Wriddhiman Saha.

India pacers put the side on the brink of a famous victory in Cape Town, but their batsmen failed in front of Vernon Philander and Kagiso Rabada. The batting lineup will be expected to learn from their mistakes, and lead India’s revival in the three-match series. 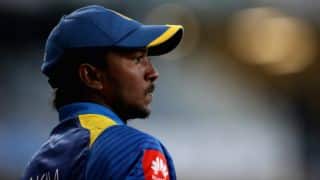