Murali Vijay has played 3 Tests in South Africa and holds tally of 176 runs at 29.33. His highest score of 97 in South Africa came in 2013 at Durban. With the first Test beginning from January 5, Vijay is expected to play a key role in South Africa, as he is aware of the conditions. Vijay had been away from Tests for a while in 2017, after the Australia series, due to wrist injury. Shikhar Dhawan had replaced Vijay during the Sri Lanka tour. Vijay, however, returned for Sri Lanka series at home and notched up centuries in the Nagpur and Delhi Tests.

As for the upcoming tour, India have been preparing well in advance after the practice matches were cancelled. As for the pitch conditions, Newlands has an even covering of grass promising good bounce and carry throughout the game.Vijay in the pre-match conference spoke about the team s preparations, the pitch conditions and his strategy for the series.

I want to play my A game

I am preparing myself to be a little more open than how I was last time. I just want to go out there and whatever is thrown at me, I just want to play my A game and do well for my country. I just want to prepare myself and be in a confident state of mind, which I am at the moment, which is good for me and the team. You also have to be in a frame of mind where you also have to score runs. If they bowl in good areas, then you have to try to counter and come out stronger. These are the things which will be critical for us to move forward, as quoted by Indian Express.

The practice sessions have been perfect for us so far. Everybody knows what they need to do. The individuals know what exactly the areas they need to work on. Everybody in our dressing room is looking forward to the first day of play.

You have to be mentally prepared to match conditions

We got some pretty good net sessions and some pretty good wickets as well. So, we are used to it. It is more of mind games than physical touch. You have to be mentally prepared to match conditions because in the match it will be entirely different from whatever you replicate outside. We will be up for it. 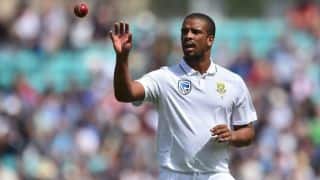 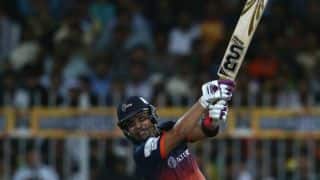