India's 3 Tests in South Africa in January will be played in Cape Town, Centurion and Johannesburg.

Centurion will host two one-day internationals, one a day game and the other a day-night match. The others will be played in Durban, Cape Town, Johannesburg and Port Elizabeth.

The Twenty20 internationals will be staged in Johannesburg, Centurion and Cape Town.

Details of an Indian women s tour were also announced, with the last three of six Twenty20 internationals being played as the first leg of double-headers with the men s matches. It was also announced that Zimbabwe will play a three-day match in Paarl from December 20 to 22 ahead of a planned day-night Test to be played over four days in Port Elizabeth from December 26 to 29.

Cricket South Africa is seeking approval from the International Cricket Council to stage a four-day Test. 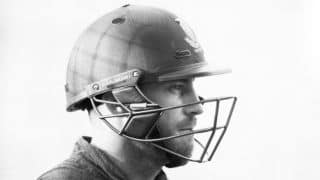