Dean Elgar led a defiant South Africa fightback on Friday scoring an unbeaten 133 as the tourists reached 292 for five at tea.

Dean Elgar notched up a brilliant century the 12th of his career to lead South Africa’s revival against India on Day 3 of the first Test between the two teams in Vizag on Friday.

Dropped on 74 by Wriddhiman Saha, Elgar forged a couple of vital partnerships 125-run stand with Faf du Plessis for the fifth wicket and an unbeaten 114-run alliance with Quinton de Kock as South Africa reached 292/5 at the tea interval.

The afternoon session began with du Plessis going past his fifty before R Ashwin provided India the breakthrough. The batsman coming forward, tried to work the ball away to the legside but lobbed a catch to Cheteshwar Pujara at leg gully. New man in de Kock worked brilliantly with Elgar and did not allow the Indian bowlers to build on the wicket. When the century-partnership was brought up between the two, de Kock had accounted for 60 of those runs with 11 boundaries and a six.

But the real star was Elgar, who batted with tremendous grit and brought up a century with a six off R Ashwin, the same bowler whom Ashwin had reminded back in 2015 how batting in India was nothing like Johannesburg. Four years later, Ashwin was made to go wicketless in two sessions, with the opening batsman keeping India’s spinner at bay. Shortly after the tea interval, Elgar moved to 150 with a couple of boundaries off Ravindra Jadeja with 92 of them coming in boundaries.

South Africa remain 11 short of avoiding the follow-on, having dominated the third day so far. They’ve scored 253 runs for the loss of just two wickets one in each session. 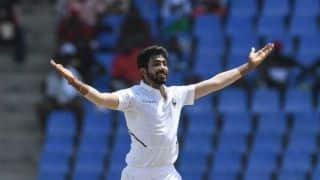 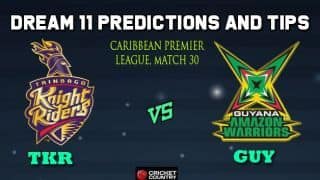