After the series opening match in Dharamsala was abandoned without ball being bowled, India and South Africa will hope rain stays away from Mohali as they look to start their T20 World Cup preparations with the second game of the three-match series from today.

While India have already been on a full tour of West Indies post World Cup 2019, this is South Africa’s first assignment post the showpiece event. The tourists, who are undergoing a transition, are in for a tough challenge against Virat Kohli-led India, who recently dominated West Indies across formats that included a 3-0 clean sweep in T20I series followed by 2-0 victory in ODIs and 2-0 win in Tests as well.

Rohit and Dhawan are set to open the batting for India. Captain Virat Kohli will occupy his comfortable No. 3 position. However, it’s left to be seen if India go ahead with KL Rahul, who was dropped from the Test squad, at No. 4, or leave him out and include the in-form Shreyas Iyer and Manish Pandey.

It will be a new look South Africa side taking to the field. Rassie van der Dussen will partner his captain to open the innings while Kagiso Rabada will lead the pace attack with Dala and Anrich Nortje giving him company. Shamsi is expected to be the lone spinner in the side.

India have hosted South Africa in four T20Is so far and yet to register a win at home. They have lost two while two were abandoned. However, on current form and the line-up they boast of, India are the favourites. Expect them to start the series win a victory today. 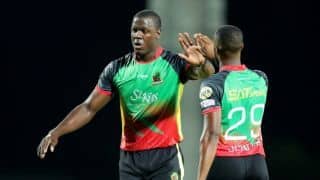 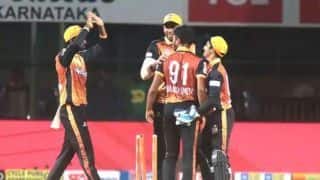 After TNPL, KPL also under the scanner with players reporting suspicious approaches