India, after declared their innings at 601/5, reduced South Africa to 36/3, at stumps on the second day of the second Test.

Virat Kohli broke numerous records before Indian pacer rattled South Africa top order to put the hosts on top on the second day of the second Test at the Maharashtra Cricket Association Stadium in Pune on Friday.

India, after declared their innings at 601/5, reduced South Africa to 36/3, with Theunis de Bruyn and Anrich Nortje batting on 20* and 2* respectively.

India resumed play at 273/3, with skipper Kohli and vice-captain Ajinkya Rahane in the middle. The two denied South Africa any early success on the second day and put up a 178-run partnership before Keshav Maharaj dismissed Rahane for 59.

Ravindra Jadeja, who got a promotion as he batted ahead of Wriddhiman Saha, joined Kohli in the middle following Rahane’s fall. The Indian skipper, meanwhile, completed his 26th Test ton, equalling Sir Don Bradman and Steve Smith, as the hometeam continued to dominate the proceedings.

Kohli, who had brought up his first ton after five Tests, then completed a record seventh double hundred, surpassing the previous record (for India) held by Virender Sehwag and Sachin Tendulkar.

Jadeja, meanwhile, did his bit as he struck 91 off 104 balls, adding 225 runs with Kohli. The left-hander hit eight fours and two sixes before getting out in the 157th over of the Indian innings. Following his dismissal, India declared their innings at 601/5., with Kohli top scoring with an unbeaten 254 off 336 balls, hitting 33 fours and two sixes.

South Africa had to negotiate 15 overs before stumps on the second day and they were rattled early in their innings as Umesh Yadav struck in his first over to send Aiden Markram packing.

The right-arm pacer, who was picked ahead of Hanuma Vihari as India chose to bolster their bowling attack, then dismissed first-Test centurion Dean Elgar before Mohammed Shami cut short Temba Bavuma’s stay in the middle. 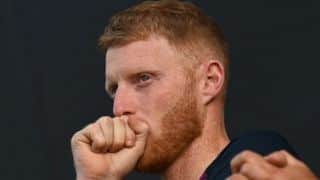 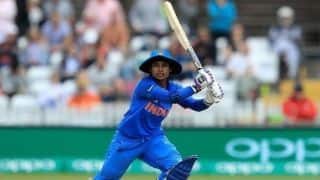