Pujara s 58 off 112 deliveries was studded with nine fours and one six before being dismissed by Rabada.

Cheteshwar Pujara is the epitome of calmness and that can be seen from how he programs his innings in Tests. He s not in a hurry to get off the mark and never gets swayed by the situation but will take his time to settle down and then build on his foundation.

That was more or less how the Saurashtra senior batsman approached his innings on the opening day of the second Test against South Africa in Pune on Thursday. However, during the course of a well played 58 off 112, Pujara revealed that he was sledged by fast bowler Kagiso Rabada, but that didn t harm him as he was “in his own zone”.

Rabada did say a few words to Pujara after dismissing him for 58, perhaps letting a bit of his frustration out as he was unlucky not to get him out on zero due to a dropped catch.

Asked what exactly Rabada said, Pujara replied: “I can’t remember what he said. But he (Rabada) is someone who always likes to say something to the batsmen.

“As a batsman, I always know that he (Rabada) will try to disturb my concentration, not just him but any bowler, who passes a comment, so I try and avoid (listening to) what they say,” said India’s dependable No 3.

“If you are in your zone, you hardly hear what they are trying to say as you are too much focussed on what you want to do as batsman. So, when you are in your own zone, you miss out what they are saying, Pujara said avoiding any controversy. Pujara s knock was studded with nine fours and one six before being dismissed by Rabada. 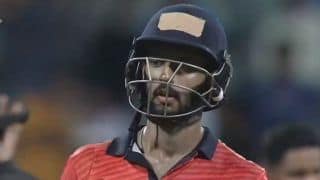 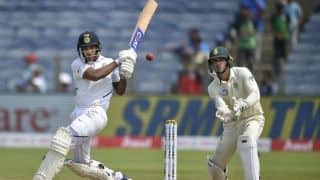