The weather forecast on Sunday indicates that there will be a cloud cover with chances of thunderstorm in Bengaluru.

All eyes will be on the weather as Virat Kohli and Co. gear up for the third and final Twenty20 international of the series against South Africa at the M Chinnaswamy Stadium in Benagluru on Sunday.

The weather forecast on Sunday indicates that there will be a cloud cover with chances of thunderstorm in Bengaluru.

Considering the series opener in Dharamsala was a washout without a ball being bowled, if it rains in Bangalore and there is no game, India will win the series with a margin of 1-0, having won the second game in Mohali by seven wickets.

Virat Kohli led from the front, scoring an unbeaten 72, after Deepak Chahar and Co restricted Proteas at 149 to take 1-0 lead in the series after a Dharamsala washout. While Rohit Sharma could not score many, Shikhar Dhawan scored 40 in the second T20I. Rohit’s lack of runs in the previous game though won’t be a worry for India.

The same, however, can’t be said about Rishabh Pant’s form. Ahead of the series, head coach Ravi Shastri had said that there will a rap on the knuckles if he plays a bad shot and the wicketkeeper-batsman did exactly that, getting out on four.

Below are details on how to watch the match LIVE

Weather: Cloudy with a chance of a thunderstorm and a maximum high of 26 degrees Celsius.

You can also follow LIVE streaming of the match on CricketCountry (India vs South Africa, 3rd T20I: Scorecard) 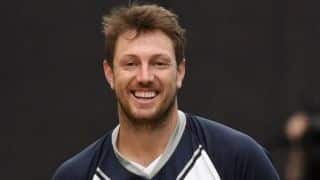