India begin their home season against South Africa who will play in three T20Is and as many Tests during their tour that gets underway from September 15 in Dharamsala.

The three T20Is will kick-start their preparations for the next year’s world cup in Australia. The red-ball series will be continuation of India’s journey in ICC World Test championship which they began in emphatic manner when they beat West Indies 2-0 in a two-match series.

For South Africa, who are currently undergoing a transition, the three-Test series will be their first of the world Test championship and they will hope to get it started on a positive note.

Below are the details regarding fixtures, match venues, start timings, squad details etc. 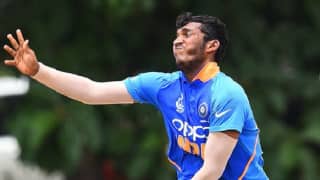 Atharva Ankolekar: All you need to know about India’s hero at the U19 Asia Cup