Inability to cash in on a good start cost South Africa but the visitors were in no way outplayed, insists debutant Temba Bavuma.

Inability to cash in on a good start cost South Africa but the visitors were in no way outplayed in the second T20 International against India, insists Proteas Test specialist Temba Bavuma, who had a decent outing in his debut in the shortest format.

South Africa looked set for 180 when skipper Quinton de Kock (52) and Bavuma (49) were in the middle before the southpaw’s dismissal put the brakes on the scoring rate, limiting the total to 149 for five.

“The first 10-12 overs we played really well. I think we could not really get going after a good start and lost the game between 12th to the 15th over,” Bavuma, who has played 36 Tests, said after the seven-wicket loss to India.

“When David (Miller) came in the 13th over, we were in a strong position, 180 seemed very much gettable at the halfway stage. I was not really able to get that momentum and others as well. I don’t think we were completely outplayed,” said Bavuma who missed out on a well-deserved fifty by one run in his attempt to accelerate.

“There will always be moments in the game which we can win and it is about being aware of those moments and making sure we are in the right mental space to win those moments,” said Bavuma.

It is a new look South African team and in the absence of a few players, including skipper Faf du Plessis, Bavuma got the opportunity to play his maiden T20 international alongside Anrich Nortje and Bjorn Fortuin.

Playing his first limited-overs game for South Africa in almost two years, Bavuma made it count.

“It was good to be out there. Facing the white ball again. It has been a while. It was a pleasing effort but did not do much to the result of the game. Last (domestic) season was a big season for me in white ball cricket. There were not many Tests and that allowed me to play white ball cricket.

“I got the opportunity to come back to the national fold. It helped me understand what my gameplan is in white ball cricket,” he explained.

Is it tougher to make a T20 debut when one is being branded a red-ball specialist, like Bavuma?

“I don’t see myself as a selfish person. I always put the team first. If you look at the way that I got out it showed I put the team first. It could be challenging for some others who know they will get only limited opportunities at the international level but not for me,” he said.

Bavuma picked Miller’s spectacular catch of Shikhar Dhawan at long-on over the one taken by Kohli to dismiss de Kock.

“I would be biased here but Miller’s catch was phenomenal. I thought it was six but he managed to hold on to it,” said Bavuma. 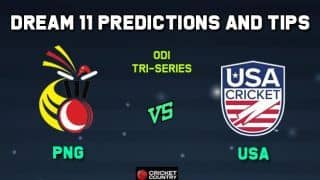 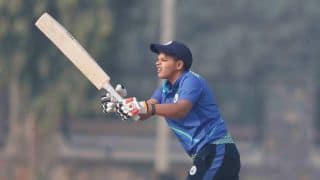