Rohit holds the record for most sixes in a match for India in all the three formats of the game (Tests, ODIs and T20Is). India’s newest Test opener – Rohit Sharma produced a batting masterclass on Saturday as he became the first batsman to register two hundred-plus scores in his first Test against South Africa on day 4. Rohit’s sensational efforts broke multiple records in Vizag as he smashed the South Africa bowling attack to all parts of the ground. Rohit followed up his first innings score of 176 with a quickfire 127 to help India set South Africa a target of 395 in the first Test at the ACA-VDCA Cricket Stadium. With his dazzling knock, Rohit helped India’s lead to go past 300. Here are a slew of records which Rohit broke with his magnificent batting display Vizag.

1. Rohit became the first cricketer to slam twin tons in his maiden Test as an opener. He joined an elite list of Indian batsmen who have scored centuries in both innings of a single Test. The others who achieved the feat include Vijay Hazare (1), Sunil Gavaskar (3), Rahul Dravid (2), Virat Kohli (1) and Ajinkya Rahane (1).

2. In both the innings of first Test, Rohit hit some trademark sixes. After hitting six huge maximums in the 1st innings, he hit seven sixes in the second innings to take his match tally to 13. It is the most sixes by any batsmen in a Test match. Rohit broke former Pakistan captain Wasim Akram’s record of 12 sixes against Zimbabwe in 1996. Navjot Singh Sidhu previously held the Indian record for most sixes in a Test, hitting eight against Sri Lanka in 1994

3. Rohit now holds the record for most sixes in a match for India in all the three formats of the game – Tests, ODIs and T20Is5.

4. Rohit’s 13 sixes took India’s overall tally of sixes in this match to 27. This is the most by any team in a single match in the history of Test cricket. The previous record was held by New Zealand, who smashed 22 sixes against Pakistan in 2014 while the previous best for India was 15 sixes against Sri Lanka in Mumbai in 2009. 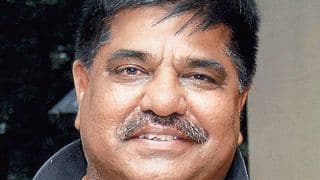 Ashok Malhotra set to be elected unopposed as ICA president