At home, India have not lost a Test series since 2013.

Virat Kohli and Co will be on the verge of registering history during the Test series against South Africa. The Indian team could surpass the famous Australia team to win most consecutive Test series on home soil. At home, India have not lost a Test series since 2013. The dream run started during India’s 4-0 win over Australia in February 2013.

India then extended their run during Sachin Tendulkar‘s final Test series against West Indies in 2013. Then in 2015, India beat South Africa in Nagpur and Mohali before wrapping it at Delhi. The Proteas managed to draw the Bengaluru Test. After that, in 2016 India blanked the touring Kiwi side 3-0.

At the end of the year, when England toured India they managed to draw the 1st Test at Rajkot but that was the high point in the series before India thrashed them 4-0, with the last two being inning victories. At the turn of the year, India defeated Bangladesh in a one-off Test in 2017 at Hyderabad. India then lost the first Test against the touring Australian side before winning the series 2-1. Hosts India will start overwhelming favourites at home given the conditions.

For Australia, their winning spree at home started from 1994 to 2000 when Mark Taylor and Steve Waugh were in charge. Ricky Ponting also had a 10-match Test streak from July 2004 and November 2008.

India is at the top of the table in the ongoing World Test Championship with 120 points from two matches. South Africa would be playing its first WTC match and would look to get off to a winning start which will not be easy against a formidable Indian team at home. Virat Kohli-led Team India has already announced its XI for the first Test at Vishakapatnam. While Wriddhiman Saha and Ravichandran Ashwin make comebacks in the whites, Rishabh Pant has been dropped. 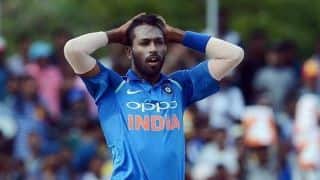 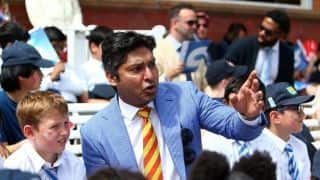