Crediting Kohli for bringing intensity, Agarwal narrated an incident from the tour of the Caribbean.

The experience of batting alongside Virat Kohli is one which every youngster cherishes, something which Mayank Agarwal has already had the pleasure of. As the opener readies himself to play his first Test on home soil, Agarwal is keen to implement the gains from the tours of Australia and West Indies, one of which is the experience of batting with his India captain.

Crediting Kohli for bringing intensity, Agarwal narrated an incident from the tour of the Caribbean, during the second Test, where against the moving new ball, India were reduced to 46/2. Jason Holder had dismissed KL Rahul cheaply and Cheteshwar Pujara was sent back by Rahkeem Cornwall.

In order to prevent a repeat of the first Test, where India’s top order was rattled by Kemar Roach, it was key for India to lay a strong partnership. Agarwal and Kohli batted out the next 25 overs, adding 69 runs for the third wicket before the partnership was broken by Holder. Looking back at that stand, Agarwal spoke about his learning from batting with Kohli.

“Virat came into bat about half hour before lunch. The first thing we spoke about was getting a partnership going. We said, ‘Let’s not take any chance, let’s hold on to both ends till lunch and then come out.’ So we were tight and cautious,” Agarwal told Times of India.

“After lunch, Virat went bang, bang, bang and suddenly upped the ante. What I took from Virat’s batting is intensity and mindset in terms of how he looks at and reads situations. He also brings in a lot of energy. He is the guy at the forefront, leading by example. There were so many guys doing the job well, Jinks (Ajinkya Rahane), (Hanuma) Vihari. It is great to be involved with a team like this.”

Before Agarwal made his international debut against Australia last December, he was a regular for India A, a competition where he scored truckloads of runs, helping him grab the attention of selectors. Even prior to the Test series against West Indies, Agarwal played a couple of A games against them, scoring 81 at Port-of-Spain.

“I think it helps tremendously. You get to play in conditions which are as close as you can get in a Test series. Every country is putting out quality teams when you are playing A team tournaments. Game time coupled with runs, experience and understanding gives you a lot of information, knowledge, confidence and feedback to go out and play the bigger matches. There is no better preparation than the A series,” Agarwal said.

“It is great to be in an environment where you have to be at your best always because there is no room for being casual or complacent. It not only helps the players, but it also helps cricket in India. I don’t believe there is competition in the team. We are with each other, playing with each other, against an opposition.”

Agarwal has three half-centuries from seven Test innings and while he has gained plenty from playing in contrasting conditions of Australia and West Indies, the 28-year-old’s basics remain same.

“Nothing has changed. It is still the same in terms of preparations and working hard,” Agarwal said. “Probably, I’m just working harder. I believe you have to get fitter and better. I think now I understand my game better. Also, I’m more mature in terms of how I respond to different conditions and situations. For example, if there is a green-top or damp wickets, I make better decisions on what strengths to stick to.”

The three Tests against South Africa will keep the opener busy for the Vijay Hazare Trophy, but with the Ranji Trophy scheduled to begin second week of December, Agarwal is likely to return for Karnataka’s Ranji Trophy campaign, since he considers domestic cricket the “foundation”.

“I believe in playing a lot of matches. Domestic cricket in my opinion is very important. As a player, you cannot disregard it. Whatever you do, you cannot forget that it is the foundation. There is a lot of grind and situation you go through in domestic cricket, so it teaches you a lot as a person and a cricketer,” Agarwal said.

“Personally, it’s been a great teacher. When I was younger, there were times when I didn’t know if I would play international cricket. It felt like I was in the middle of the sea, but domestic cricket teaches you to just continue swimming. That’s when you get to know if you have it in you to put in the hard yards.” 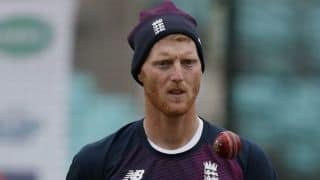 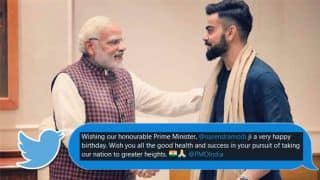