The live telecast of second ODI can be watched on Sony Ten 1 and Sony Ten 1 HD.

A buoyant India will look to take complete advantage of wounded South Africa as both teams head to the second ODI in Centurion. The live telecast of second ODI can be watched on Sony Ten 1 and Sony Ten 1 HD. Sony Ten 3 and Sony Ten 3 HD will telecast the match with Hindi commentary. The live streaming of the same will be available on SonyLiv. India not just broke the Durban jinx on Thursday but also took 1-0 lead in the six-match ODI series against South Africa. They also broke South Africa’s 17-match unbeaten run at home since 2016. However, South Africa’s chances to better the ratio in the ongoing series looks all the more bleak in the absence of their key players.

Farhaan Behardien has been recalled to the ODI squad, who was left out in place of debutant Khaya Zondo. Meanwhile, wicketkeeper-batsman Heinrich Klaasen has been drafted in the squad as back-up for Quinton de Kock whose hands were strapped on Saturday while practicing in the nets.

India, on the other hand, seem to have found permanent solution to their No. 4 woes after Ajinkya Rahane’s knock of 79 at Durban. As for the bowlers, South Africa would have to be wary of Yuzvendra Chahal and Kuldeep Yadav who shared 5 wickets between them in the first ODI. 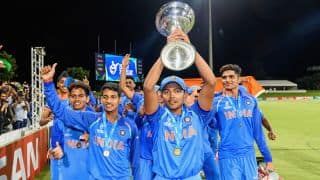