Chahar picked up 2/22 and Washington, albeit going wicketless, gave away just 19.

Youngsters Deepak Chahar and Washington Sundar‘s outing against South Africa in the second T20I on Wednesday has garnered praise from VVS Laxman, with the former India batsman stating that both bowlers were phenomenal in their approach and hardly gave anything away, which in turn, prevented South Africa to attain momentum towards the second half of the innings.

South Africa were 88/1 in the 11th over after which India dented their scoring rate and they ended up putting 149/5 on board. Chahar picked up 2/22 and Washington, albeit going wicketless, gave away just 19 from three overs as between over 16 and 19, South Africa scored only 11 runs.

ALSO READ: I never think for myself, it’s always about what the team needs – Kohli

“Nothing should be taken away from Deepak Chahar and Washington Sunday,” Laxman wrote in Friday’s column for Times of India. “Chahar was impeccable with his lengths with both old ball and new and used his variations excellently during his second spell, most notably the knuckle ball which got rid of Bavuma. Sundar is not a big turner of the ball but he troubled the batsmen with the angles he created through the use of the crease, and with his height.”

Laxman was impressed with Quinton de Kock‘s approach in his first match as South Africa captain but pointed out much more is needed from the senior players with the team currently undergoing transformation. While de Kock began with a flourish and scored a brisk half-century, David Miller endured a tough outing, scoring 18 off 15.

“Quinton de Kock was his natural aggressive self despite the responsibility of the captaincy, but South Africa would have expected more from David Miller given his long association with Kings XI Punjab. Miller batting deep would have helped South Africa get close to 170, par for the surface.”

Virat Kohli accompanied de Kock to lead from the front as India chased down South Africa’s 150-run target to take a 1-0 lead. Kohli walked out after India were off to a brisk start provided by Rohit Sharma and Shikhar Dhawan, who added 33 inside four overs. Rohit struck a couple of lovely sixes the Rohit pull but was out LBW to Andile Phehlukwayo before Kohli joined Dhawan and took India forward with a 61-run partnership.

“The standout batsman was Virat Kohli. Once again, he saw through a chase effortlessly. His use of the feet against the quick bowlers was exemplary, as was his balance. He played some stunning off-side strokes,” Laxman said. 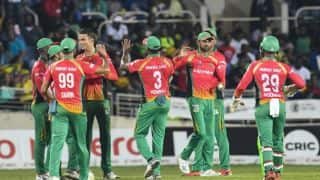 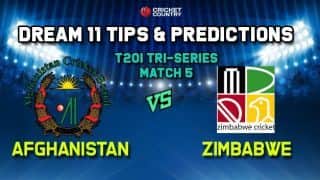