Ajinkya Rahane (16 not out) and Virat Kohli (38 not out) completed an unbeaten 50-run partnership as they revuild the Indian innings against Soutrh Africa on Day Two of the second Test at Durban. India re on 256 for four.

India were reduced to 199 for four from 181 from one and looked like they will be bundled out early with Dale Steyn looking in good rhythm. But Rahane and Kohli  kept their patience and showed a great presentation of their skills facing the short balls, though Rahane took some blows from Steyn’s short ones.

The start of play was delayed due to rain and the first session was washed out. Umpires have planned to have 75 overs of play today. 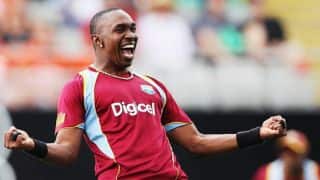 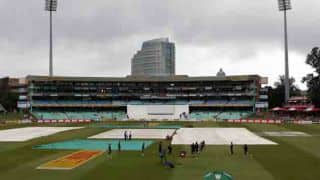