Aiden Markram and Dean Elgar have put on a fifty-run stand for the opening wicket at Centurion.

Virat Kohli announced the playing XI, and Twitteratti expressed shock. There was no place for Ajinkya Rahane. Rohit Sharma got persisted with, once again. Wriddhiman Saha missed out due to a hamstring niggle as Parthiv Patel replaced him. To top it all, Bhuvneshwar Kumar was replaced by Ishant Sharma owing to ‘extra bounce’ on offer at Centurion. The new-look bowling lineup was put to test straightaway with South Africa batting first.

At lunch, Proteas openers started off slowly but steadily. They would be more confident going into the break, at 78 for no loss. Ishant and Hardik Pandya put a lid on the scoreboard, but Aiden Markram and Dean Elgar battled hard. Ravichandran Ashwin got turn from ball one, and will have to script his side’s comeback before the opposition batsmen consolidate.

Jasprit Bumrah and Mohammed Shami commenced proceedings. Shami most expensive among all Indian bowlers in overseas conditions remained erratic and bowled much fuller. Bumrah was expensive in his second spell, and conceded boundaries at will. Ishant and Pandya maintained discipline but the batsmen were content in leaving the balls outside the stump.

(India pacers have to bowl more wicket-taking deliveries rather than pitching it outside off stump).

While Ishant and Pandya successfully managed to restrict the run-flow, Elgar and Markram added fifty-run stand. Ashwin’s extra bounce, against Elgar, got the Indian camp excited for a nick. The decision went upstairs, only to be given in South Africa’s favour.

Markram, before the break, reached his (second) fifty and looks in sublime touch. His body balance and timing has been superb. The right-hander played the flicks, drives and pulls to perfection, and seemed composed against Ashwin. Elgar, on the other hand, started off tentatively. Nonetheless, having survived the first session, he will be a touch aggressive post lunch.

It looks like a tiring day on field for Team India. They have to inject regular breakthroughs before South Africa. 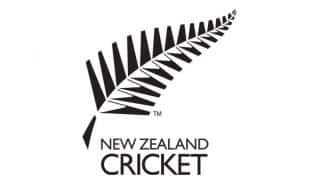 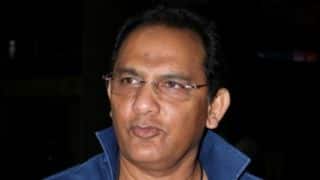