The live telecast of third ODI can be watched on Sony Ten 1 and Sony Ten 1 HD.

India are on a charge, taking a lead of 0-2 in the six-ODI series against South Africa. Yuzvendra Chahal and Kuldeep Yadav have successfully trapped the host in their spin web, as they share 13 wickets between them. The Indian pacers, who starred in the Test series, have been overshadowed by the spinners in the limited-overs format.

India’s top batting line-up have been performing well. Ajinkya Rahane, who scored 48 in the second innings of the final Test, has found his form as well, walloping 79 in the first ODI. All in all, the rampant Indians start favourites for the third ODI at Newlands, Cape Town.

South Africa will miss the presence of AB de Villiers, Faf du Plessis and Quinton de Kock. It will be a tough situation for Aiden Markram to lead his team to register a win over strong Indian side. 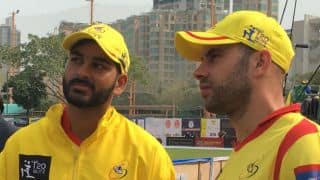 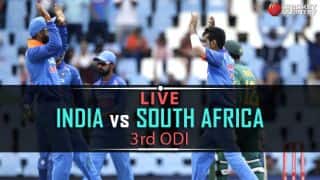