Johannesburg: Former Test captains Sunil Gavaskar and Shaun Pollock criticised the wicket on offer for the ongoing the third and final cricket Test between India and South Africa, terming it a “completely bowler- friendly pitch”. Gavaskar was of the view that Test match pitches needed to be of sporting nature. “You can get a very flat surface which is totally in favour of batsmen. This is a pitch which is totally in favour of bowlers,” Gavaskar said while commenting on the pitch for SuperSport television.

Pollock went a level higher and termed the surface as a bad one. “If you’ve got deliveries behaving like this on day two of a Test match it can’t be judged a good surface,” he said. Pollock compared the Wanderers pitch with the Nagpur wicket of 2015 which was rated “poor” by the ICC when South Africa toured India.

“You go to India and get a surface like Nagpur where it turned too much. This can’t be judged a good surface because as a batsman you are never in,” he said. Kevin Pietersen reveals he is open to coach England ODI side 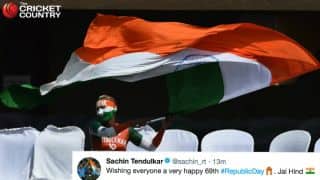