India won the third and final Test at Wanderers, Johannesburg amidst several debates on the nature of the pitch.

India and South Africa‘s third and final Test, at Johannesburg, was played amidst several debates on the nature of the pitch. There was uneven bounce and it generated extra pace, adding to the batsmen’s woes. The Test ended in India’s favour, but it will be remembered for posing serious questions for batsmen in the middle. Recently, ICC rated the Wanderers pitch as ‘poor’, and it also received three demerit points under a new system introduced by them this month. Another two demerit points within a five-year period will result in a 12-month ban for the venue from hosting international matches.

The ICC released match referee Andy Pycroft’s statement: “The pitch prepared for the final Test was a poor one. It had excessively steep and unpredictable bounce, and excessive seam movement. It deteriorated quickly as the match progressed, which made batting extremely difficult and hazardous, resulting in the medical staff from both the sides having to come onto the field of play multiple times to treat their batsmen.

As the on-field umpires are also responsible for the players’ safety, they expressed concerns about the behaviour of the pitch, and debated after Day Three if it was appropriate to continue the match. In the end, the umpires made the decision to continue and the Test reached its natural conclusion on Day Four. However, there was still excessive variable bounce and seam movement when the Test match ended,” concluded Pycroft.

Concerns over the nature of the Wanderers’ surface increased on Day Three. The unpredictable bounce led to a number of India’s batsmen suffering blows to the body. Later on, the day’s play was cut short when Dean Elgar incurred a blow to the head. 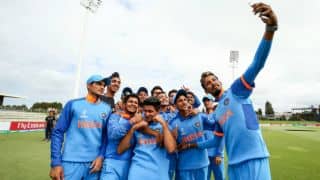 Mohammad Azharuddin: We can make another Indian team out of U-19 players 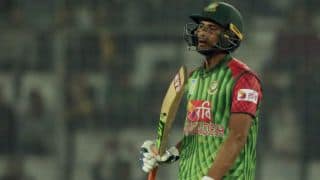