India look to enter their second ICC World T20 final while South look to exorcise the ghosts of their performance in World Cup knockouts. The weather has been playing tantrums in Dhaka and the first semi-final of the ICC World T20 2014 was interrupted due to rain and eventually Sri Lanka were declared winners. Catch the Live streaming 0f India vs South Africa match on the link below.

The wicket is slow and again there is emphasis on spin going into this contest. India will continue to back their strategy of playing Ashwin and Amit Mishra, along with the all-rounder Ravindra Jadeja. However, skipper Faf du Plessis is keeping his cards close to his chest and while Imran Tahir is a certainty in the eleven, Aaron Phangiso may only come in once they assess the conditions on Friday.

India may make a couple of changes to their side. Shikhar Dhawan may come back to open the batting with Rohit Sharma, with Ajinkya Rahane being left out. Even Mohammed Shami may replace Mohit Sharma, although he had a good game against Australia. The good news for India is that Yuvraj Singh is fit and has trained on Thursday

For South Africa at the top, there is the calm head of Hashim Amla and the youthful exuberance of Quinton de Kock. This South African bowling will depend on Tahir to give them breakthroughs. However, Dale Steyn is someone who can’t be written off on any surface. He could cause the Indians some serious problems. 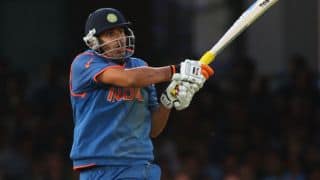 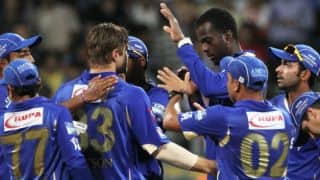